Agnathavasi Movie Audio Launch / Music Release: Powerstar Pawan Kalyan’s much awaited 25th film “Agnathavasi” audio will be unveiled on December 19, 2017, at HICC, Hyderabad. And the movie is scheduled to be hit the screens on January 10, 2018. The telecasting rights of this launch have been owned by a TC Channel for a whopping 85 lakhs. The audio launch will have the entire cast and crew of the film along with some guests. Check out the below space for complete information regarding Agnathavasi Movie Audio Launch Date, Time, Audio Launch Full Video Live Streaming and Download Links.

The audio launch is expected to be a grand event as it marks the debut of music composer Anirudh in Telugu in a very grand manner.

The audio of the magnum opus will be released at a colorful event to be held on Dec 19 in Hyderabad. The event will start at 7:30 p.m. (IST). Promos of both audio and video of the songs will be displayed on the big screen on the day.

The unanimous positive response to the first two songs – Baitikochi Chusthe and Gaali Vaaluga, has further escalated the buzz on the complete audio album, which will be unveiled tonight.

Anirudh has not only scored magical numbers for Pawan’s film but also has thrilled Power star fans by giving a special tribute to PK with Gaali Vaatuga song. Now he is going to give them another surprise at the audio launch of Agnyaathavasi.

Anirudh will perform live on the stage for almost an hour and will sing songs from Agnathavasi and also a few hit numbers of Pawan Kalyan.

It’s not those rumours that Megastar Chiranjeevi will attend the event as Chief Guest or Jr NTR will turn up as a guest, that are raising expectations on this audio launch.

The event is expected to be broadcast live on Telugu channels (TV5 and Gemini Music). Click the below linkS to watch the live streaming of Agnyaathavaasi Audio Launch.

Meanwhile, you can check the live updates, photos, videos and tweets from the below.

What a sweet gesture. Proof why #PawanKalyan is more than just a star.
#AgnyaathavaasiAudioLaunch pic.twitter.com/XGzi4DAmMl 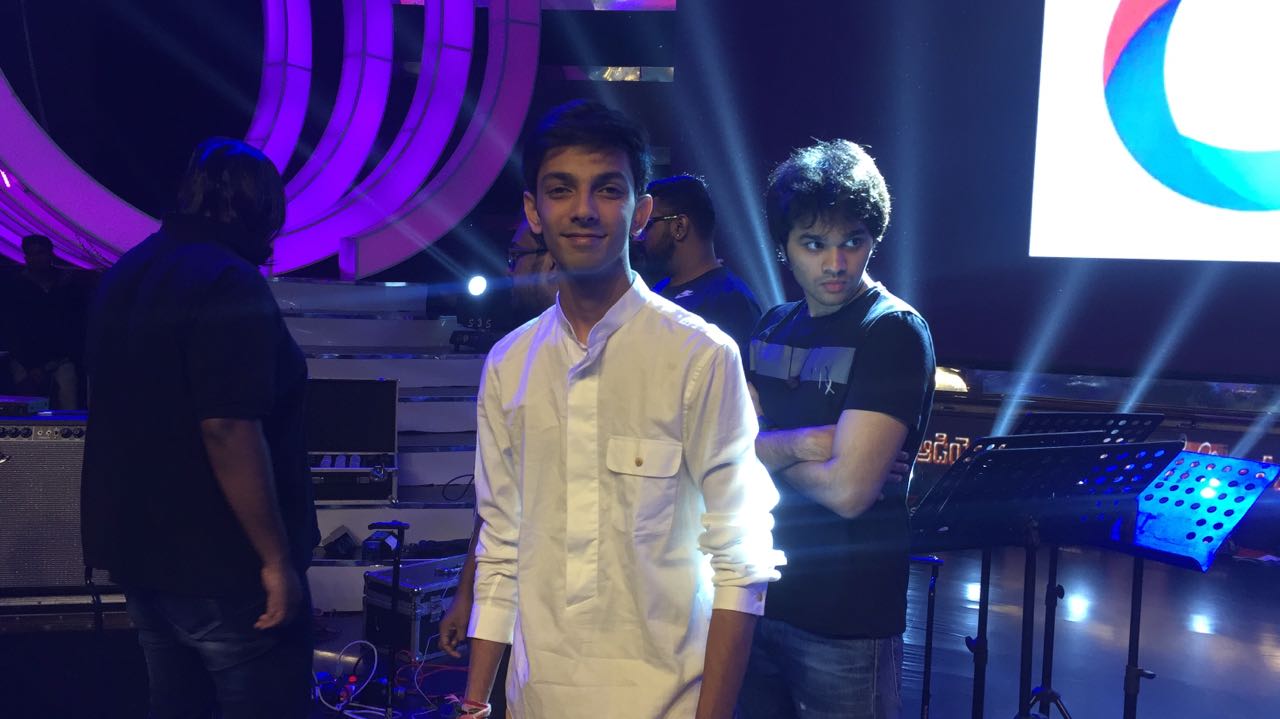