The Macy’s 4th of July Fireworks display attracts more than 3 million spectators live and over 10 million TV viewers, according to NBC’s website. This year is the celebration’s 40th anniversary and is the largest Macy’s fireworks display in more than a decade with 56,000 pyrotechnic effects.

One of the most patriotic fireworks display in the nation right in the nation’s capital. According to The District tourist guide, about 700,000 people travel to the National Mall to watch the fireworks burst and boom in the night sky with the Washington monument and the U.S. Capitol in the background.

The Big Bay Boom is the largest display of fireworks on the West Coast. Up to 500,000 spectators go to San Diego to watch four different barges from the Big Bay launch fireworks into the night sky. 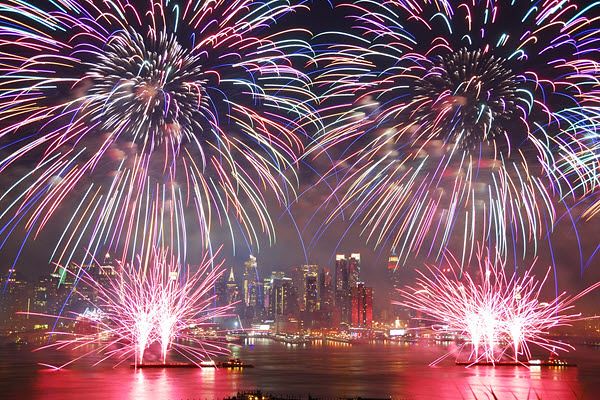 The fireworks show on the San Francisco Bay is complimented by some dramatic backdrops, such as the city skyline and the Golden Gate Bridge. The huge bay provides plenty great views of the fireworks, but one of the best views is from the water itself.

This 43-year-old fireworks display provides musical entertainment as well as a grand fireworks display over the Charles River. This year’s Boston Pops Fireworks Spectacular on July 4th will be broadcast locally on WBZ-TV from 8-9 p.m., nationally on CBS from 9-11 p.m.

With plenty of food, music, games and two beer gardens, the Seafair Summer Fourth at Gas Works in Seattle provides a great festival leading up to the 21-minute fireworks display over the Lake Union. 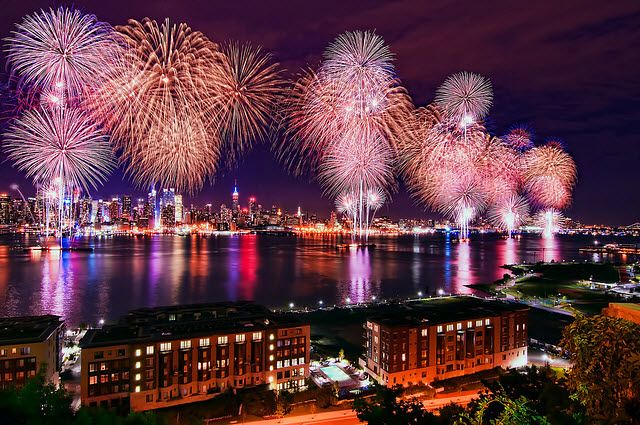 Off the southern shore of Lake Tahoe, fireworks light up the sky and reflect off of the waters of the enormous lake. According to the website, in addition to views on the waterfronts, spectators have the chance to hop on lake cruises to get a better look at the fireworks.

Small town, big show. Kaboom Town! is an Independence Day celebration on the Sunday before July 4. With food vendors, entertainment, an air show and a dazzling fireworks display, Kaboom Town! lives up to its name.

Enjoy fireworks with loads of musical performances in the Music City. The Grammy-winning Nashville Symphony will perform an original medley of songs choreographed to go along with the fireworks, adding to its dramatic effects.

These above are the top 10 greatest American Independence Day (4th of July) 2017 Fireworks Celebrations around the nation.

Hope you like this USA Independence Day (Fourth of July) Fireworks, Celebrations Live Streaming, and details. If you like this. Then, please share it with your friends.