Apple I Phone 7 Launch Event: Recently Apple officials sent out invitations for a special event on September 7, where it is widely expected to unveil the iPhone 7 and iPhone 7 Plus and second-generation Apple Watch at its media event in San Francisco, California. According to the leaked specs, the I Phone 7 Plus will have a dual camera setup. Apple is also saying goodbye to the mid 64GB option and is bringing 128GB as the middle storage option. As for the largest variant, the company is introducing a new 256GB storage variant in the mix. The company is expected to begin pre-orders on September 9, and the smartphone will hit the market on September 16. Carrier availability is tipped for September 23. Check out the complete details about Apple I Phone 7, 7 Plus Launch Event Live Streaming / Updates, Full Features (Specifications) and Price information from below article. Apple sent out invitations for a special event on September 7, where it is widely expected to unveil the iPhone 7 and iPhone 7 Plus, Apple Watch 2, and there are also likely to announcements related to the updated the software at the media event in San Francisco, California.

How to Watch iPhone 7, 7 Plus Launch Event in India:

Apple enthusiasts in India can watch the live stream of the event starting at 10:30PM on Wednesday, September 7. The live stream can be watched on iOS-based devices running version 7.0 or above and Mac computers with OS X v10.8.5 or above and Safari version 6.0.6 or more.

Click the below link to watch the live streaming of Apple I Phone 7, 7 Plus Launch Event. 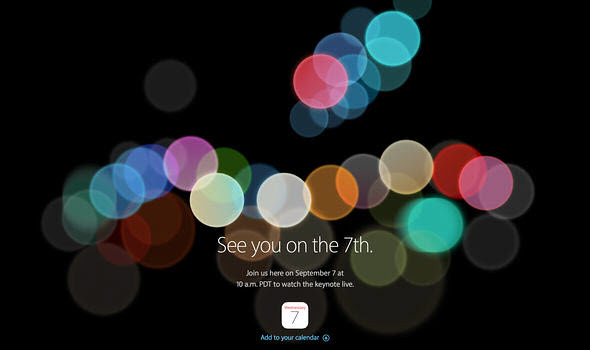 Apple I Phone 7, 7 Plus Specifications (Features):

The larger 5.5inch iPhone 7 Plus model will have the dual camera with OIS (optical image stabilisation) feature.

The iPhone 7 and its larger sibling iPhone 7 Plus are expected to be powered by an A10 chip, while the iPhone 6s has a an A9 chip under the hood.

The upcoming iPhone 7 and 7 Plus models are expected to come running iOS 10.

According to the reports, The upcoming iPhone 7 and 7 Plus models coming with a lightning cable instead of the 3.5mm headphone port. Lightning headphones are capable of receiving lossless stereo 48 kHz digital audio output from Apple devices, as well as sending mono 48 kHz digital input from a microphone.

We will update the more features of Apple I phone 7, I phone 7 Plus when they have been officially revealed.

Apple I Phone 7 Price in India:

Apple I Phone 7 Plus Price in India:

Stay tuned to this page for more updates regarding Apple iPhone products, and reviews.

Hope you like this, Apple I Phone 7, 7 Plus September 2016 Launch Event Live Streaming / Updates, Full Features (Specifications), and Price details. If you like this, then please share it with your friends.