Arnab Goswami Quits (Resigns) Time Now: Arnab Goswami is an Indian journalist who was the editor-in-chief and a news anchor of the Indian news channel Times Now and ET Now. Goswami has been with Times Now since 2007, leading the channel to the absolute pinnacle of viewership. On Times Now, he anchored The Newshour, a live debate, that at 9 pm (IST) weekdays on the channel. He also hosted a special television programme Frankly Speaking with Arnab. On November 1, 2016, he has reportedly quit the Times Television Network. Check out the complete news and reason behind the Arnab Goswami Resign from Times Now from the below article.

Arnab hails from Assam and is the son of an army officer. After obtaining a masters degree in sociology at Oxford, Arnab began his journalistic career with The Telegraph for brief period before joining NDTV. In 2006, he joined Times Now.

Arnab has single-handedly inspired the entire nation what to form opinions on dubious matters of national interest.

According to a source in Times Now, a few editors and reporters were called in specifically for the meeting in which he announced that he was qutting. The meeting was called at 4:30pm and went on till about 5:30pm.

Another source, who was at the meeting, told TNM that Arnab said, “I’m a rolling stone that does not gather moss.” 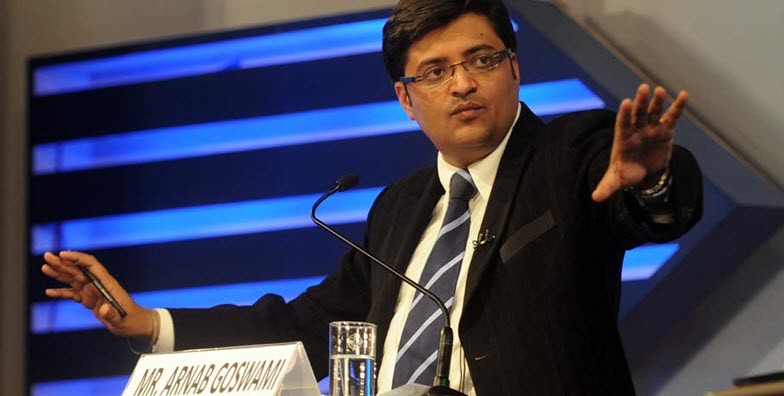 According to some sources, the reason behind resignation is that Goswami plans to turn entrepreneur and launch his own news channel.

Exchange for media says, “Goswami has led TIMES NOW to leadership in less than a year of launching the channel in 2006. Since 2007, he has maintained and increased the dominance of TIMES NOW in the No. 1 slot for 8 consecutive years. His 9 pm ‘The Newshour’ is the last word in appointment viewing on Indian television, commanding over 70 per cent share of the audience and unmatched viewer loyalty for the last 8 years.

The interview based “Frankly Speaking with Arnab” is, both in terms of viewership and impact, today the most followed interview on television, making headlines every week. As Editor in Chief of TIMES NOW, he has revolutionised news coverage, anchoring for 100 hours during the 26/11 attack, spearheading the greatest exposes against corruption starting with the CWG scam, and including the 2G scam, the Kargil for Profit scam and others in 2010-11, the coverage of the Anna agitation, and path-breaking interviews with Rahul Gandhi and Narendra Modi in 2014 that set the news agenda in the National Election.”