Here is the complete schedule of India Football Federation Cup 2016

“As per the regulations of the tournament, the lower ranked teams (as per the standings of the Hero I-League) are to play their home match first,” stated an All Indian Football Federation (AIFF) release. “Round One is scheduled to be played on April 30, May 1 and May 2; while Round 2 will be played on May 3, 4 and 5, 2016.

“The first round of the semifinals is to be played on May 7 and May 8 with the return legs slated for May 14 and 15.”

“The Hero Federation Cup gives us the opportunity to look at more players whom we have been following very closely. With the format being home and away, I expect it to be very interesting,” said Constantine in another AIFF release. 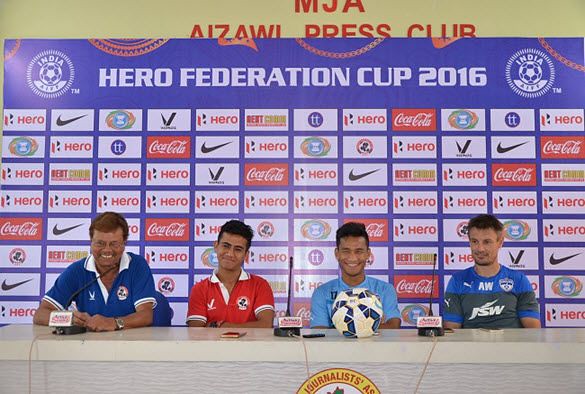 There will be no broadcast of the match in India. However, online streaming will be available on the official I-League website.

Hope you like this Hero Federation Cup Football 2016 Schedule / Fixtures / Time Table, Teams and Live Streaming . If you like this, Then please share it to your friends.