The National Event of Mass Yoga Demonstration would be held at Chandigarh. However, similar events will also be held all across the nation and the globe. Over one lakh events have been planned in the country on second International Yoga Day to be celebrated on Tuesday, Union Minister Jitendra Singh said on Sunday.

The main programme will be held at Chandigarh which will be attended by Prime Minister Narendra Modi. He said yoga day programmes will also be organised in 391 Universities, 16,000 colleges and 12,000 schools across the country.

Yoga exponent Ramdev is also scheduled to hold a mass session with over 3,000 BSF jawans and officers to mark the International Yoga Day (IYD) on June 21, in Jodhpur.

Close to 30,000 troops from various central paramilitary forces like BSF, CRPF, CISF, ITBP and SSB will take part in these events across the country to mark the day. 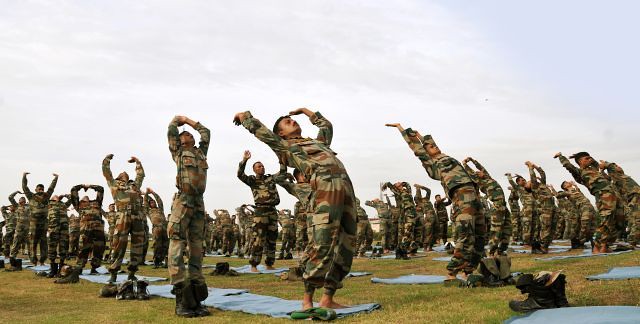 While about 2,000 Indo-Tibetan Border Police personnel will join the event in Chandigarh, men and women of the force which guards the Sino-India border will also display their yoga skills at the high-altitude Pangong lake in Ladakh.

Over 173 Indian missions across the world are also organising Yoga demonstrations to spread awareness about IDY, the statement said.

The Indian government has decided not include Surya Namaskar and not make Om chanting compulsory this year on International Yoga Day.

“The International Day of Yoga is not simply an event. It is a way of making yoga an integral part of our lives. It is a means of popularising yoga among the masses, across social strata, in different age groups so that we can enhance our mental and physical well-being. It is towards this end that I solicit your support,” Modi said in the letter, as reported by the Indian Express.

On June 21, nearly 10,000 people will participate in the International Yoga Day celebrations in New Delhi in collaboration with the Ministry of AYUSH and the New Delhi Municipal Council (NDMC). Various programmes hosted by the government across the country will be led by as many as 57 Union Ministers Tuesday, with the Prime Minister participating in a grand event at Chandigarh’s Capitol Complex. 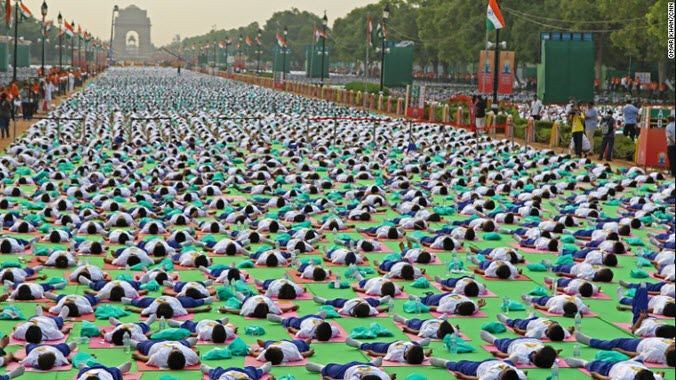 The Yoga Day celebrations will be followed by a two-day seminar session on June 22-23. The full schedule of this can be found in the below link.

Here we are providing the International Yoga Day 2016 India Event Live Streaming, Live Updates and more details about the event.

One can watch the live telecast of the event online, right from the beginning, on the Indian government’s official website of International Yoga Day.

You can also catch the live streaming of the Yoga day event at Rajpath on Narendra Modi’s official website.

Doordarshan will also provide live coverage through more than 20 HD cameras, in what is being compared to a Republic day coverage.

You can visit the Doordarshan website for more details.

The United Nations will also observe the day through an event organised at the U.N. Secretariat Circle at its headquarters in New York by India’s Permanent Mission to the U.N., with the U.N.’s Department of Public Information. The event is going to be held between 1:15 p.m. and 2:15 p.m. local time on Tuesday, and can be viewed live HERE.