ISRO PSLV C37 Launch: The Indian Space Research Organisation’s (ISRO) bid to script space history by sending 104 satellites into orbit using a single launcher on February 15 will depend on critical support provided by India’s own satellite navigation system. India will become the first country to script history if it succeeds in launching the 104 satellites in a single rocket. PSLV-C37 will be launched from the First Launch Pad (FLP) of Satish Dhawan Space Centre (SDSC) SHAR, Sriharikota, Andhra Pradesh. Check out the complete information regarding ISRO PSLV C-37 Rocket Launch Date, Venue, Time, How To Watch Live and more details from the below article.

Venue: ISRO will launch all the 104 satellites at one go on Wednesday, February 15 from Sriharikota, Andhra Pradesh.

PSLV-C37 is an upcoming mission of the Polar Satellite Launch Vehicle program which is set to carry 104 satellites. It will be launched on 15 February 2017 by Indian Space Research Organisation (ISRO) from the Satish Dhawan Space Centre at Sriharikota.

The co-passenger satellites comprise 101 nano satellites, one each from Israel, Kazakhstan, The Netherlands, Switzerland, United Arab Emirates (UAE) and 96 from United States of America (USA), as well as two Nano satellites from India. The total weight of all the satellites carried onboard PSLV-C37 is about 1378 kg.

How to watch live:

The launch of PSLV-C37/Cartosat-2 Series along with 103 co-passenger satellite can be witnessed live from Sriharikota on Feb 15,2017, beginning at 9:00 hrs a.m (India time).

The launch will start at 9.28 am in the morning and the flight is expected to last 16 minutes. The rocket is being stationed at the first launch pad of Shri Harikota High Altitude Range (SHAR) at Satish Dhawan Space Center in Andhra Pradesh.

The live telecast of the launch will be shown on TV on Doordarshan channel from 8.50 am in the morning. If you want to watch the launch online you can either log on to the website of ISRO or follow Doordarshan’s YouTube Channel. 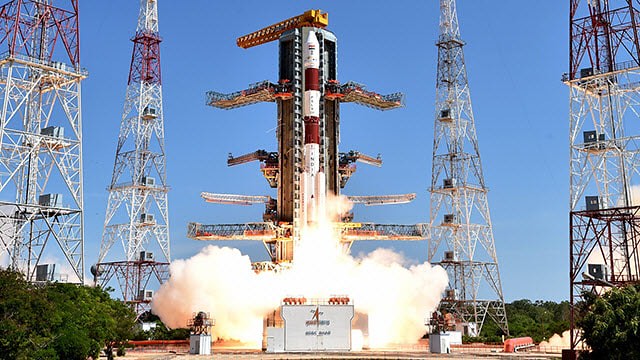 2. 100 out of the total 103 satellites are foreign, including the US and Germany, while 3 belong to India.

3. S Somnath, Director of the Liquid Propulsion Systems Centre of ISRO, says the space agency is making a century by launching more than 100 satellites at one go.

4. Earlier, ISRO had plans to launch 83 satellites in the last week of January out of which 80 were foreign ones. But later, 20 more satellites belonging to foreign countries were added due to which the launch was postponed.

5. The 100 satellites will be micro-small satellites and will be launched using a PSLV-C37. The weight of the payload will be 1350 kgs, of which 500-600 kgs will be the satellite’s weight.

ISRO had launched record 20 satellites under single mission in 2016. Russia holds a record of launching the highest number of satellites at 37, followed by the US space agency NASA, which has launched 29.

Hope You like this ISRO PSLV C-37 Rocket Launch Date, Venue, Time, Live Streaming, How To Watch Online Info. If you like this, then please share it with your friends.