Jallikattu Ban Protest: Jallikattu is a bull taming event typically practiced in the Indian state of Tamil Nadu as a part of Pongal celebrations on Maatu Pongal day. It is an ancient activity. Animal activists and People for the Ethical Treatment of Animals (PETA) India have protested against the practice since 2004. In May 2014, the Supreme Court of India banned the practice. on 14 January 2016, the Supreme Court of India upheld its ban on the event, leading to protests all over Tamil Nadu. 2017. Thousands of protesters, mostly youth have gathered at Marina Beach in Chennai, Alanganallur village, Madurai, Coimbatore and other few areas for demanding the removal of ban on Jallikattu. Check out the below article to know the up to date live updates and live streaming videos of Jallikattu Ban Protest. 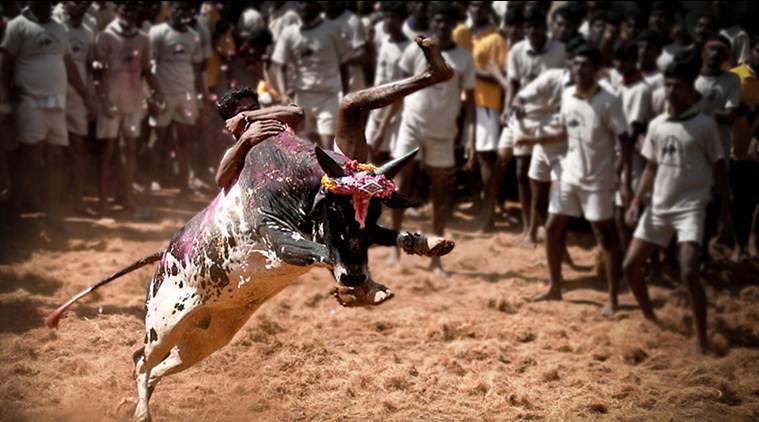 Jallikattu is a bull taming event typically practiced in the Indian state of Tamil Nadu as a part of Pongal celebrations on Maatu Pongal day.

During Jallikattu, a running bull is released into a crowd of people. Participants attempt to grab the bull’s hump and ride it for as long as possible, attempting to bring the bull to a stop. In some cases, participants must ride long enough to remove flags affixed to the bull’s horns. The protest, which started off peacefully in the morning, turned into a nightmare for motorists in the evening as the crowd started swelling, leading to a huge pile-up of vehicles.

Thousands of youngsters stomping about in the sands overnight to register their support to the traditional bull-taming spots at Chennai Marina Beach.

IT professionals, hundreds of workers, students and families with children are among the crowd that is still camping on Marina waiting for the assurance from CM O Panneerselvam.

As the protests are spreading across the state, the movement without a leader or leadership had succeeded to organise the crowd with the help of multiple social media groups.

Famous film personalities including actors Vijay, Simbu, Surya, Lawrence, Nayanathara, Karthi, Vikram, directors Ameer, Karthik Subbaraj and few other celebrities expressed their support to the protesters. While, Raghava Lawrence is contributing Rs 1 crore to the supporters, who have gathered at Marina Beach, Chennai.

#JusticeforJallikattu Let us all raise our voice and the slogan ' WE WANT JALLIKATTU ' heard all through the country. pic.twitter.com/g6qWxOXFPu

.@offl_Lawrence has provided 1 CR worth of food, medical care items to the protesters.. 🙏👏 #JusticeforJallikattu pic.twitter.com/jaZB92v3Dh 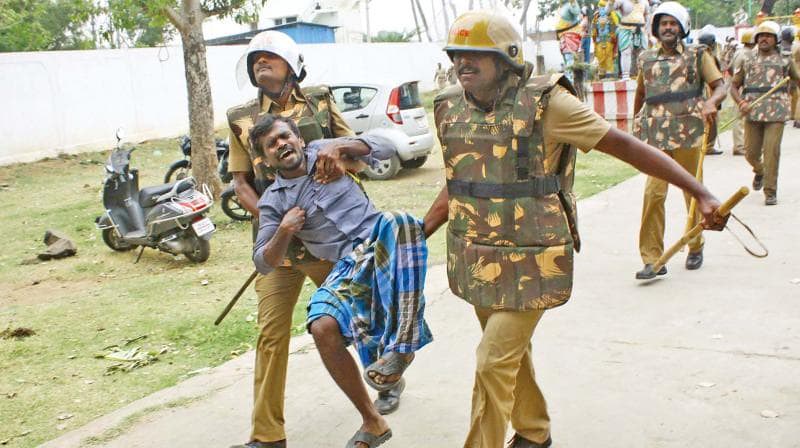 The town is famous for the bull taming sport. More than 200 youths were taken into custody after they held protests at Alanganallur village demanding lifting of the ban on Jallikattu. Police said the youths had come to Alanganallur on Monday expecting that jallikattu would be held following an invitation through social media.

Most of the local news channels across IndiaTamilnadu will have live coverage of Jallikattu Ban Protests. Marina Beach Jallikattu Protests live coverage will be done by Captain News, Raj News, Sun News, Thanthi TV and more.