As many as 78 boats including 24 chundans will take part in the race. Chief Minister Pinarayi Vijayan will inaugurate the race at 2 p.m. The heats of the smaller boats will commence at 11 a.m.

You can buy the 64th Nehru Trophy Boat Racing 2017 by clicking the below link.

On the day of this fiercely fought boat race, the tranquil lake front is transformed into a sea of humanity with an estimated two lakh people, including tourists from abroad for watching it. For the people of each village in Kuttanad, a victory at this race for their village boat is something to be celebrated for months to come.

About 2,000 policemen will provide security to the event. The town will be under closed circuit TV cover.

Spectators who arrive by boats should reach the venue before 10 a.m. Those who enter the gallery, as well as those on the banks, should not throw plastic bottles and other waste material into water. 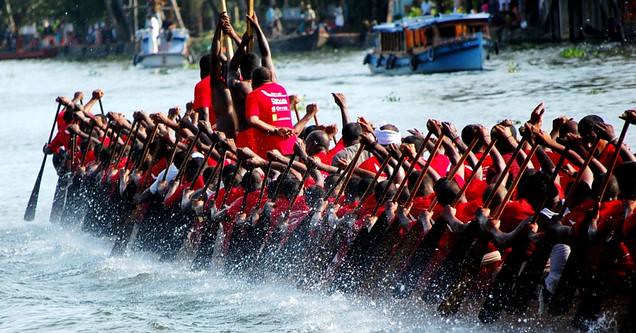 For the 65th snake boat race, which is one of the major tourist attractions of Kerala, as many as 78 boats including 24 chundans will participate.

While the race of the smaller boats will begin at 11 am, the main race will be inaugurated by Kerala chief minister Pinarayi Vijayan at 2 pm. Over two lakh people, including tourists, are expected to witness the grand event this year.

The race will be webcast on https://webcast.gov.in/nehrutrophy. The new website set up by the organizers has been visited by 5 lakh people since July. The website has received over 8 lakh hits this year.

The curtain raiser of Nehru Trophy will be aired on Doordarshan channel at 7 pm on Friday, August 11, while its repeat telecast will be at 8.30 am on Saturday.

The winner details of 2017 Nehru Boat Race will be updated soon. Meanwhile, check the last 10 years winners details from the below table.