Pondicherry Assembly Elections 2016 Counting & Results: Pondicherry (Puducherry) Legislative Assembly Elections polling held on 16 May 2016 with 84.11% votes polled for the 30 constituencies in the non-contiguous territory. 9.41 lakh voters cast their vote to elect the next government in the Union territory. The counting & Results of Kerala Elections will be declared on 19 May 2016. Along with Puducherry. Tamil Nadu, Kerala elections counting & results 2016 will also be declared on the same date. The election process will be completed by May 21. Exit polls say that the ruling AINRC may have to to sit in opposition and cede power to the Congress-led combine this year. Check out the Puducherry Elections 2016 Counting Live Updates, Results, Constituency Wise Winners List of Pondicherry Assembly Elections 2016 from the below article.

The opinion poll predicts that the AINRC will win seven, AIADMK just one and others 5 assembly seats. The BJP is not likely to win any seat though it may get about 8.7 % of the total votes. The Congress-DMK alliance is expected to get 32.8 % of the votes, the AINRC 24.8 % and the AIADMK 11.8 %. 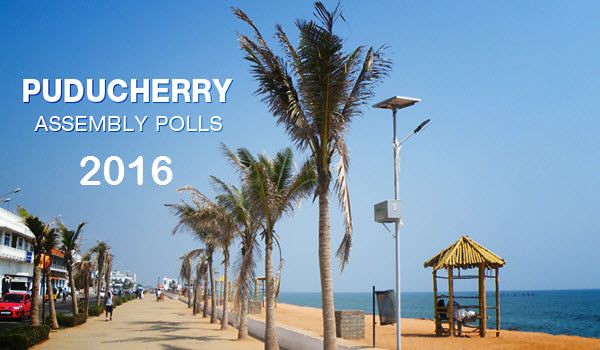 The INC, BJP, DMK and Pattali Makkal Katchi (PMK) will fight it out for Puducherry. The incumbent Congress under the leadership of V Narayanasamy will hope to make a winning return. However, the PMK looks keen to give the Congress and DMK a run for their money. PMK has joined hands with the All India NR Congress (AINRC) after the party resolved not to align with either the DMK or the All India Anna Dravida Munnetra Kazhagam (AIADMK). As for the Jayalalithaa-led AIADMK, MV Omalingam will contest from the Puducherry constituency for the party.