Sarrainodu Pre-Release Event / Audio Celebrations: Sarainodu is an action-masala film written and directed by Boyapati Srinu. It features Allu Arjun, Rakul Preet Singh and Catherine Tresa in the lead roles while Srikanth appears in a supporting role. S. Thaman composed the music for the film. Sarrainodu film songs have been released recently and got good reviews from the music lovers. Now, The makers of Allu Arjun’s “Sarrainodu” (Sarainodu) have planned a grand function to celebrate the success of its audio, and Megastar Chiranjeevi will be the chief guest at this event. The audio celebration of “Sarainodu” is held at the RK beach in Vizag at 5.30 p.m. April 10 (Sunday).  The live streaming of the Sarrainodu Pre Release Event / Audio Celebrations will be telecasted on TV9, NTV, and Gemini Movies. 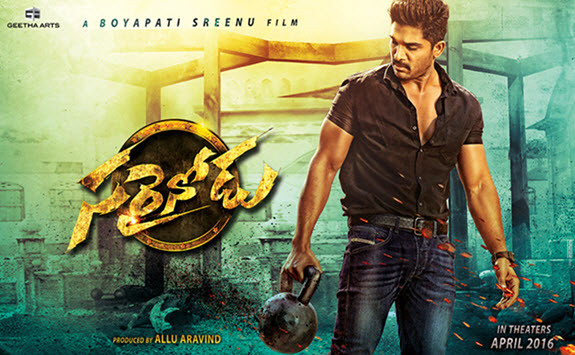 Along with the Audio Celebrations Event, The makers have also released the Sarrainodu Theatrical Trailer. The movie is scheduled to hit the theaters on 22th April throughout the World.