Spyder Movie Tickets: Spyder is one of the most awaited films in both Telugu and Tamil languages. The film features Mahesh Babu and Rakul Preet Singh in the lead roles. The film is all set to hit screens on September 27 worldwide on the occasion of Dusshera. Recently, the film got censored and the film has received a rating of U/A by the censor board while the runtime of the film is said to be 2 hours 25 minutes (145 Mins). The advance ticket booking of Spyder will be available on the web portals bookmyshow.com, paytm.com, easymovies.in, spicinemas.in, ticketnew.com from one week before of the release.

The movie is set against the backdrop of bioterrorism and will see Mahesh Babu essay the role of a spy. Directed by AR Murugadoss the film has been creating a lot of buzz in Tollywood ever since it went on floors.

Rakul Preet is the female lead in the movie. SJ Surya is the antagonist in the movie. The film also has Bharath, RJ Balaji, Priyadarshi Pullikonda and Shaji Chen in lead roles.

Spyder has made Rs. 156 Crore from its Telugu and Tamil rights, which includes the satellite and digital rights also. This is the record in Mahesh Babu career till now. (Check Here: Spyder Area Wise Pre Release Business) 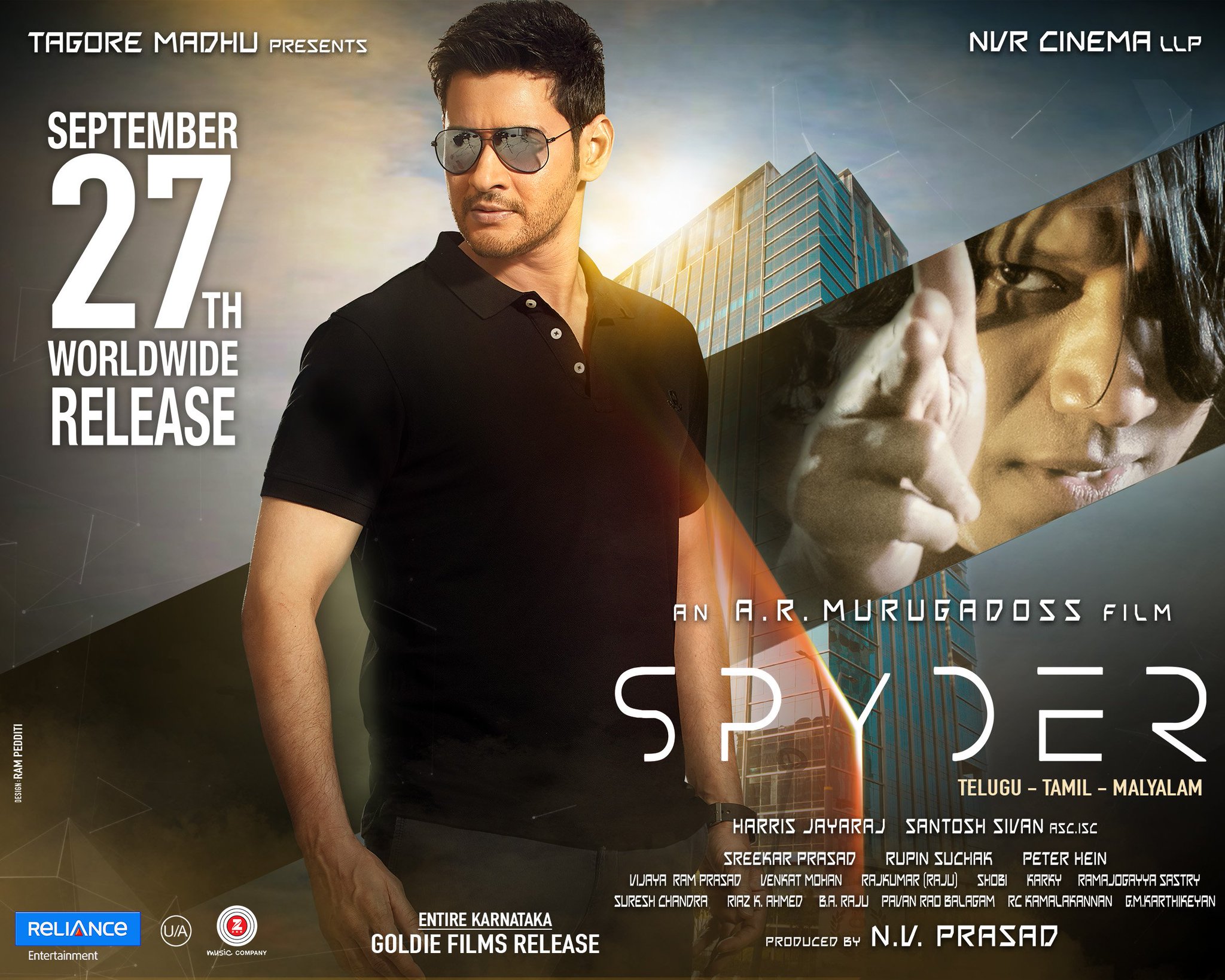 The film is slated to release on various screens such as Imax, iNox, PVR, Multiplex, CinePolice, and in other theaters. Hence audience can select the theater, day, show timings as per their convenience.

The latest we hear is that the online bookings are in full swing for the film as many multiplexes in both the states are screening only Spyder on the 27th of Sept.

On the other side, the film is expected to open a record number of screens in our neighborhood state Tamil Nadu and the demand for the tickets are huge.

The Spyder premiere show will be released in the USA on 26th September and in India, it is 27th September. Presently, the pre-booking of Spyder tickets will be available on bookmyshow.com and in justickets.in.

How to Book the Spyder Tickets Online?

The movie is set for a grand release on September 27th. While it will be a solo release, giving it stiff competition will be Jr NTR’s Jai Lava Kusa that releases on 21st September. It’s going to be quite the clash as Mahesh Babu and Jr NTR battle it out at the Tollywood box office.

Stay tuned to this page for more updates regarding Spyder Movie Review, First Day Collections and more. Hope, you like this, Spyder: Tickets Advance Online Booking article. If you like this, then please share it with your friends…