T10 Cricket League Players Draft: The first ever T10 cricket league will have a 10-over-a-side match with 90 minutes of action, spread over four days. The league is scheduled to begin on December 14 and culminate on December 17 at the Sharjah Cricket Stadium. The officials announced that the players’ draft for T10 League 2017 is going to be held on November 05, 2017, in Lotus Yacht, Dubai. Check out the complete details of T10 Cricket League Draft (Auction) 2017 Live Streaming Video, Live Updates, Foreign Players List with Price and their teams from the below article.

A pool of 300 players will be up for grabs when the players draft for the inaugural edition of the T10 Cricket League (TCL) gets underway in Dubai on Sunday.

While Kieron Pollard, Dwayne Smith, and Sunil Narine will be the star attractions for the newest league, the entire Pakistan and Sri Lanka team will be available for the draft. Top Bangladeshi players — Shakib Al Hasan, Tamim Iqbal, and Imrun Kayes — have also enrolled themselves for the drafts.

The league also has former cricketers — Wasim Akram and Brian Lara — as coaches and mentors for various franchises. Akram, the coach, and mentor for Maratha Arabians will be present for the drafts. 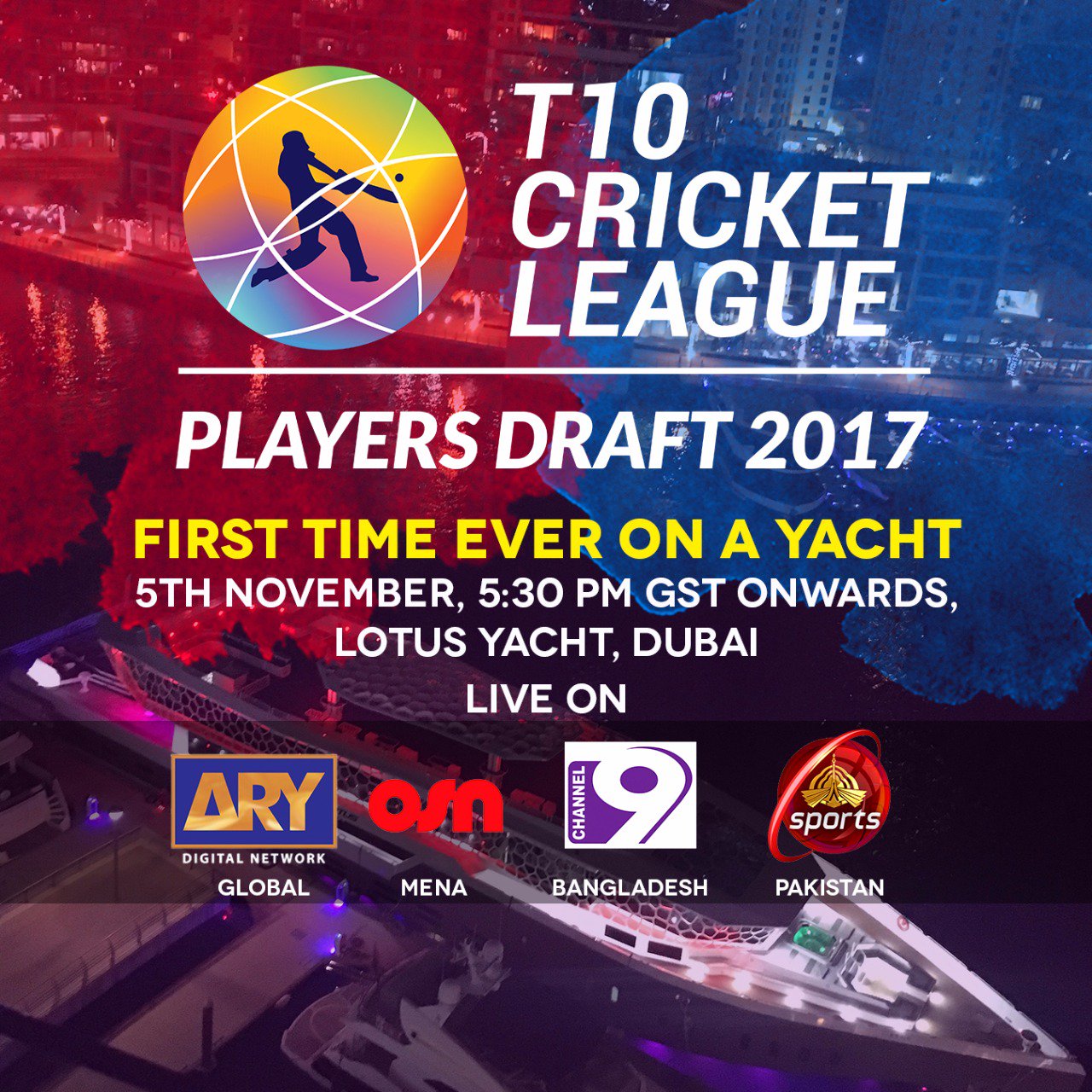