Tipu Sultan Jayanti Birth Anniversary Celebrations 2016: The Karnataka government has decided to celebrate Tipu Sultan’s birth anniversary on November 10. Bharatiya Janata Party, Rashtriya Swayamsevak Sangh, and some Christian groups are in no mood to allow this to happen. The Kannada and culture department will be spending Rs.69 lakh for the celebration and a circular has been sent to the local administration in all districts. Karnataka Chief Minister Siddaramaiah today said some people are trying to politicize Tipu Jayanti celebrations and disturb the peace, the Karnataka government has requested the Centre to provide 1,600 paramilitary personnel to help maintain the peace on that day. Check out the Complete details of Tipu Sultan Jayanti Celebrations 2016 Live Updates, Live Streaming, News and other information from the below article.

The opposition BJP has billed Tipu Sultan as a bigot and a violent sultan who converted, massacred Hindus and Christians in large number.  The RSS and its affiliated organizations have decided to hold agitation across the state which will culminate in a mega rally in Bengaluru on November 8.

“In 1886, Tipu’s grandson Gulam Mohammed wrote a book, the Life and Times of Hyder Ali Khan Bahadur and Tipu Sultan, published in 1886 reprinted in 1976. There, his grandson says how Tipu served the Islam. He says in Malabar area, his grandfather forcefully converted 70,000 Christians and 1 lakh Hindus to please Allah,” said V Nagaraj, a senior activist of the RSS.

In 2015, there were clashes between groups over the celebration of Tipu Jayanti. Two people were killed during the clashes. This year, the Karnataka CM is set to add more security to prevent clashes and as for the RSS, he said, “The RSS is communal and they will try to spread hatred.”

Bengaluru technology mogul Mohandas Pai told PTI, “The state government’s plan to celebrate Tipu Jayanti is like the central government celebrating the anniversary of Aurangzeb, who was a tyrant Mughal Emperor and a staunch religious fundamentalist.” 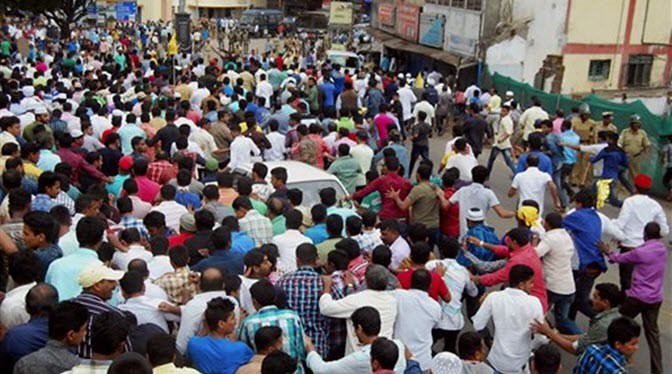 The Congress government’s decision to observe the birth anniversary of Tipu Sultan, 18th-century ruler of erstwhile Mysuru kingdom, has stirred a major row, with opinion sharply divided among intellectuals, academia and various communities and organisations, which have differing views on his reign.

Over 10 platoons of paramilitary Rapid Action Force (RAF) have been called to hold fort in Kodagu to prevent untoward incidents.

Tipu Sultan Jayanti Celebrations 2016 can be watched online via official live streams offered by all Kannada news channels (and a few of the national news channels).

Check out below sources, which offer live streaming of the Tipu Sultan Jayanti 2016 Birth Anniversary Celebrations: