Live On: No Live Streaming

It is believed that cricket legend Sachin Tendulkar and Yuvraj Singh are the only two cricketers who have been invited to the couple’s marriage ceremony in Milan.

Virat Kohli is also going to invite his coach Raj Kumar Sharma and other people who played an important role in his life.

There have also been reports that Anushka has sent VVIP invitations to some of her closest friends in the industry like her first hero Shah Rukh Khan, YRF head Aditya Chopra who had launched her, Band Baaja Baaraat director Maneesh Sharma as well as her PK co-star Aamir Khan.

According to the reports, the heritage resort in Tuscany is being decked up for the grand wedding ceremony

It is also being claimed that the plan is to have a wedding during the day and the party will be thrown in the evening.

For her engagement, Anushka @anushkasharma wanted to wear a Sabyasachi velvet saree. And we made it in our signature Gulkand Burgundy. It was hand-embroidered using miniature pearls and the finest quality zardosi and marori. She wore a stunning uncut diamond and pearl choker with matching studs. The entire look was complemented with kohl-rimmed eyes, red roses and our now iconic micro dot bindi. For all jewellery related queries, kindly contact [email protected] #Sabyasachi #TheWorldOfSabyasachi #SabyasachiJewelry #AnushkaSharma #ViratKohli @bridesofsabyasachi

The date chosen for the reception is December 21, 2017. It will take place at the Durbar Hall, Taj Diplomatic Enclave, in New Delhi. The reception would start at 8:30 pm (IST). 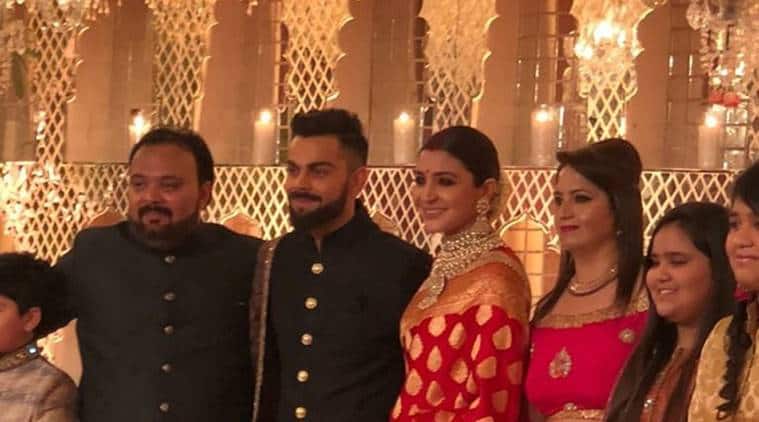 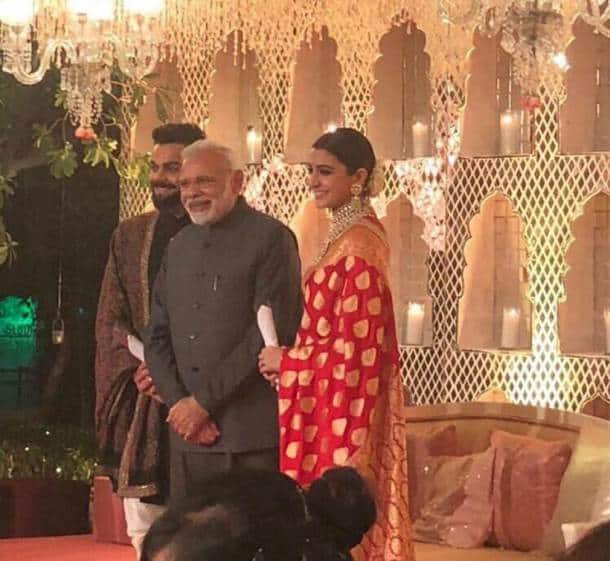 The second reception is scheduled to be held on December 26 in Mumbai. The rendezvous is expected to witness the presence of many influential personalities of the industry. All the members of the Indian Cricket team along with the Bollywood stars are set to attend the grand event. Located in the heart of India’s Maximum City, The St. Regis Mumbai

Entire cricketing fraternity, as well as Anushka’s colleagues from Bollywood, and many celebrities including the politicians and top personalities from corporate world have reportedly been invited to the reception.

Virat and Anushka, who have been dating for quite a while now, have always remained tight-lipped about their relationship.

The couple has been making headlines last week on the most-awaited wedding of 2017.

How has it been started?

It is said that Anushka Sharma and Virat Kohli first met each other in 2013 while filming for a TV commercial. Rumours of the two dating started soon after and fans across the country were rooting for the couple.

But this wasn’t the smoothest journey for the duo. Virat’s bad performances at the pitch were blamed on Anushka but Virat stood up for his lady and put up this Instagram post defending her.