Zara Muskura Do Event 2016: To celebrate its second anniversary of the BJP-led NDA government in power. Modi government is all set for a mega event ‘Zara Muskura Do (Smile Please)’, scheduled for today (March 28, 2016). The main panel discussion will be held at India Gate, while the programme will be telecast live across India by Doordarshan. A report in the Mumbai Mirror said on Thursday that the Information and Broadcasting Ministry has sent special invites to Bollywood A-listers for the event. Nearly 60,000 people are expected to attend the event, suggest reports. The plan is to showcase the government’s success stories over the past two stories. Check out the complete details regarding Zara Muskura Do 2016 Function / Event Details, Bollywood VIP’s, Amitabh Bachchan controversy, Venue, and Live Streaming in the below article.

Zara Muskura Do Dates and Venue:

Various schemes and programmes, particularly Swachh Bharat Abhiyan, Digital India and Rural Electrification, will be highlighted during the show.

In previous news, We heard Amitabh Bachchan is to host Prime Minister Narendra Modi-led government’s second anniversary bash to be organised in national capital, a clarification has come from none other thanMr. Bachchan that he will not host the entire event, but, will only speak about ‘Beti Bachao Beti Padhao’ campaign, of which he is the brand ambassador.

What’s the controversy all about:

Ever since Bachchan’s name emerged as the host of the grand political event, the opposition Congress is slamming the government decision as the actor’s name was involved in Panama Paper controversy.

The Information and Broadcasting Ministry has sent out special invites to Bollywood A-listers and the guest list is headlined by Aamir Khan, Salman Khan and Shah Rukh Khan. 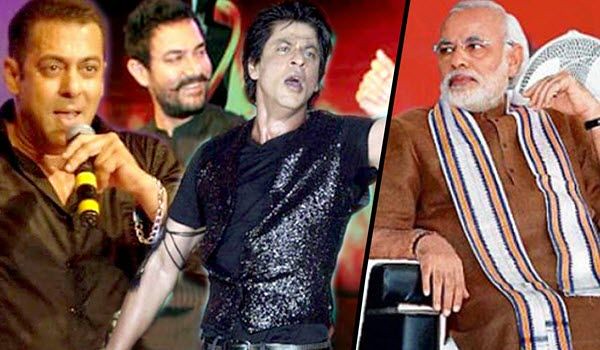 The programme will be telecast live across India by Doordarshan. Click the below link to watch the live streaming Videos of Zara Muskura Do Event.

The BJP has also planned to hold over 200 events across the country between May 26 and June 10 to highlight the government’s “successes” and PM Modi is likely to address rallies in different places, starting with an address in Saharanpur on May 26.

Last year, the Modi government had celebrated its first year in office with a tagline ‘Saal Ek, Shuruaat Anek’.

Hope you like this Zara Muskura Do Event 2016 Date, Venue, Bollywood VIP’s, Amitabh Bachchan controversy, Live Streaming & TV Listings information. If you like this, Then please share it to your friends.