Independence Day (15th August) Celebrations: Independence Day is a national holiday in India commemorating the nation’s independence from the British Empire on 15 August 1947. 2019 is the 73 Independence Day of India. On this day, Flag Hoisting, Parades, Singing Patriotic Songs and the national anthem, Speech by the Prime Minister and President of India celebrations are done in a grand manner. Twenty-one gun shots are fired in honour of the solemn occasion. The entire programme will be telecast live from 6:25 a.m. on various television channels.

Indians are very excited to see the live streaming of all these celebrations. So, here we are providing full details about 73 Independence Day (15th August) 2019 Celebrations, Parade at Red Fort Delhi Live Streaming Videos in the below article.

On the eve of Independence Day, the President of India delivers the “Address to the Nation”. On 15 August, the prime minister hoists the Indian flag on the ramparts of the historical site Red Fort in Delhi. In his speech, the prime minister highlights the past year’s achievements, raises important issues and calls for further development.

This year, about 10,000 seats are being put up for the public and the Delhi Transport Corporation (DTC) will be offering free rides to the historical monument between 6am-10am to encourage people to be a part of the celebrations. The Independence Day Festival in Delhi is celebrated every year on 15th of August. The celebration starts in the morning and continues throughout the day and into the evening. 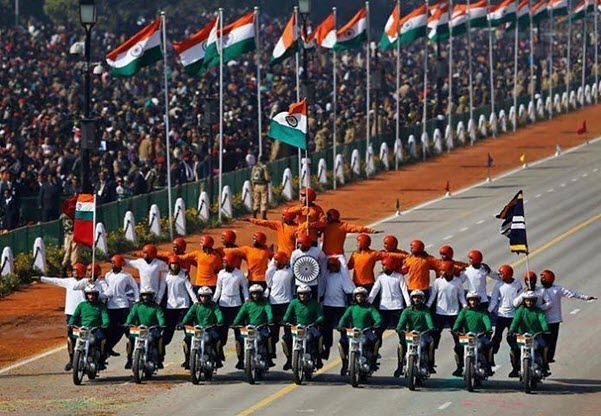 India will showcase its cultural, military and artistic prowess in a programme on Rajpath that will be witnessed by the hundreds in attendance and tens of crores on TV and on the internet. The celebrations will also see tableaux from different states and services, putting their best foot forward. Different art forms from various corners of the country will also be showcased.

Prime Minister Narendra Modi is all set to deliver his sixth address on the occasion of Independence Day from the Red Fort in New Delhi on August 15.

The speech will be telecast LIVE on Doordarshan, both on TV and on the Internet, from 6:30 am. The telecast will begin five minutes earlier — at 6:25 am.

During the programme, Modi will also give out bravery awards to children as well as those from the security forces.

We will update the video link of PM Modi speech on August 15 on this below space. Meanwhile, you can check the previous year video from the below.

After the address, school children and NCC Cadets will sing the National Anthem. A total of 3,500 girl students and 5,000 boy students from 37 schools and National Cadet Corps will come together to sing patriotic songs in different regional languages.